WWE Undertaker The Last Ride Chapter 4 The Battle Within 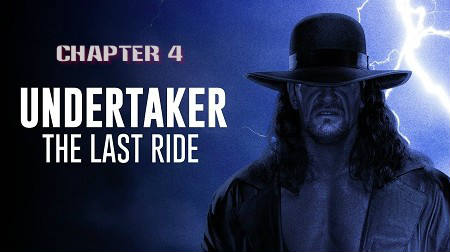 Preview : The Undertaker’s “The Last Ride, Chapter 4: The Battle Within” will premiere on the WWE Network at 10am ET. It will also air on the live feed after Sunday’s WWE Backlash goes off the air.

Chapter 4 will focus on Taker’s disappointing match with WWE Hall of Famer Bill Goldberg at WWE Super ShowDown last year, and how the man behind the gimmick was forced to make a “major decision” about his future as The Undertaker, which will be revealed on the show.

Chapter 4 will also look at Taker’s dedication to his character. Per USA Today, WWE Hall of Famer Mick Foley appears on the episode and discusses Mark Calaway’s persistent presence as The Undertaker being so strong that he doesn’t even refer to his longtime colleague by his real name.